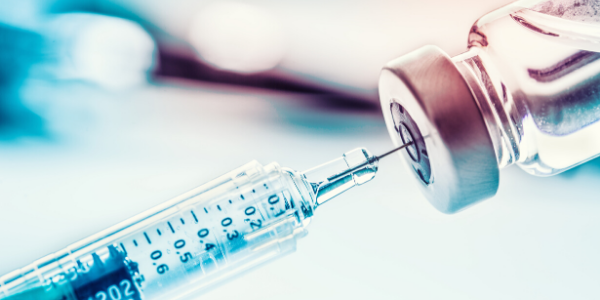 Peptides are natural bio-regulators with diverse effects in the body and are emerging as a novel therapy for bioregulation. Peptides function in cell-signaling and exert regulatory actions on neuro-endo-immune function. Presently, peptides are used in orthopedics, and neuro-endo-immune conditions for the treatment of injury, pain syndromes, IBD, brain health and immune system dysregulation.

Peptides play a major role in how our bodies function. Peptides are short chains of amino acids linked by peptide bonds. Amino acids are the basic building blocks of proteins and many other different types of organic molecules. Peptides are frequently created by the digestion of proteins in the body, and many types of peptides are readily and rapidly absorbed by the bloodstream. Peptides can effectively improve several functions of our body including hormone production, tissue repair and healing, brain function, reproductive systems, sleep cycle, weight loss, and sexual function.

Our own Jennifer Castro, APRN is certified in peptides as a member of the International Peptide Society (IPS).

This peptide is often used to treat and increase sexual function and arousal. It is an effective treatment for both men and women suffering from sexual impairment such as erectile dysfunction in males and sexual arousal disorder in females. Unlike Viagra and related medications, it doesn’t act on the vascular system, but directly increases sexual desire via the nervous system. Bremelanotide currently has no contraindications and is 80% effective in men don’t respond to Viagra or Cialis. For women, it causes a 50% increase in sexually satisfying experiences.

BPC stands for body protection compound and has been shown to accelerate the healing of various wounds and injuries, including tendon-to-bone healing and superior healing of damaged ligaments. It has also demonstrated a reduction in inflammation in the gut, typically arising from diseases like inflammatory bowel disease and leaky gut syndrome. By increasing blood flow to damaged tissues, this peptide may also assist skin burns and wounds to heal at a faster rate. This peptide is also shown to decrease pain in damaged areas. Those who suffer from discomfort due to muscle sprains, tears and damage may benefit from treatment with this peptide.

In recent years after much research, it has been found that peptides have been helping to treat many conditions related to age. CJC 1295 stimulates growth hormone release via binding to the pituitary. This peptide directly mimics the endogenous Growth Hormone Releasing Hormone (GHRH) typically secreted by the hypothalamus. As a result of better stimulation and release you see many clinical results including fat loss, increases lean muscle mass, better lipid profiles, better deep wave sleep and increased repair and recovery. It is often used in combination with Ipamorelin. Other benefits of this combination are improved strength of bone mass and connective tissue, rejuvenated and strengthened joints, and a reduction in wrinkles.

AOD 9604 works by mimicking the way natural Growth Hormone regulates fat metabolism but without the adverse effects on blood sugar or growth that is seen with unmodified Growth Hormone. Like Growth Hormone, AOD 9604 stimulates lipolysis (the breakdown or destruction of fat) and inhibits lipogenesis (the transformation of nonfat food materials into body fat) both in laboratory testing and in animals and humans.

Sermorelin is a growth hormone stimulator. This natural stimulation of the pituitary is designed to preserve and enhance the production of growth hormone that declines as we age. Our bodies are made up entirely of cells; as we get older many cells age and die off. The effect of aging really occurs when cells die off more rapidly than new cells can be produced. By increasing your human growth hormone levels with Sermorelin, you can increase that rate of cell production and have a significant and beneficial effect on the aging process.

DSIP is a neuromodulator and natural sleep-promoting peptide. It has been used for the treatment of poor sleep, pain conditions, stress related symptoms, low testosterone and as an antioxidant. It may also play a role in the regulation of circadian rhythms, decreased production of cortisol and an increase in growth hormone.

Please print & fill out our medical history forms before your visit to save time!